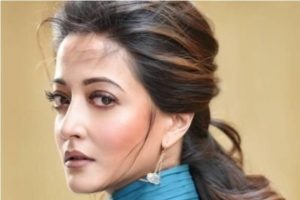 I found it a very interesting and unique kind of plot, Sen said of the Nawazuddin Siddiqui and Vijay Varma-starrer, which premiered at the Cannes Film Festival in 2013.

When actor Raima Sen was asked to audition for Amit Kumar’s “The Last Hour”, she didn’t know who he was. After some research, the actor found out that Kumar was behind the critically-acclaimed crime thriller feature “Monsoon Shootout” and that sealed the deal for her.

“I found it a very interesting and unique kind of plot,” Sen said of the Nawazuddin Siddiqui and Vijay Varma-starrer, which premiered at the Cannes Film Festival in 2013.

“I was amazed when I saw it and I said how come I haven’t seen this before. Then I thought I would like to work with this director,” she added.

Sen said she is not someone who goes for auditions, but she made an exception for Kumar.

“When Amit Kumar was doing the screen test in Calcutta, actually I didn’t know who he was. Then, he asked me to come for a screen test. I thought let me see what he’s done before. I had seen ‘Monsoon Shootout’ and actually, I thought I wanted to work with this director…

“This was probably my first audition and I was sceptical, but I thought he’s such a good director he’ll probably get the best out of me, even in the audition. So I went for it, having no expectations. I didn’t think I’d get the call, but it’s been fabulous working with him,” the 41-year-old actor told PTI in a Zoom interview from Kolkata.

Set in a small Himalayan town, the series is created, written and produced by Kumar and Anupama Minz. Oscar-winning filmmaker Asif Kapadia has served as an executive producer on the show.

Sen said “The Last Hour” is an intriguing insight into the shaman tradition.

“I had no idea about shamans. I thought it was a very interesting concept when Amit Kumar told me about the synopsis. This is something which I had never heard or seen before. So, the show brings out a new aspect.

“It has got other ingredients to make it supernatural. It should be a very interesting and intriguing watch,” she added.

The actor, known for films like “Chokher Bali”, “Manorama Six Feet Under”, and “Noukadubi”, plays the enigmatic Nyima and the wife of DCP Singh in the series.

“Every character in the show has a story to tell. I’m portrayed as mysterious. Sometimes you see her, sometimes you don’t. So you keep wondering (about her), but as the episodes progress, you’ll understand. The mystery will be unravelled.”

Sen, who has built an impressive filmography across Bengali and Hindi cinema over 21 years, also said she is set to make her acting debut in Tamil cinema alongside Vijay Antony, known for the 2017 film “Yaman”.

“There is another show for another big OTT platform which should release hopefully at the end of this year or next,” she added.

Kate Beckinsale’s ‘Jolt’ to release on Amazon on July 23

entertainment ANU SHARMA - June 20, 2021 0
Weekend binge-watch with Watcho’s Top 5 Comedy Series  Everyone needs a laugh from time to time, especially in times like these and a hilarious watch...